Book Talk is a new feature where I talk about book-ish things that aren’t book reviews!

Today’s discussion is about If I Stay, which I saw yesterday in theaters yesterday.

Here’s the non-spoilery part of my review: I think fans of the book will like If I Stay.  For those who haven’t read If I Stay- you will like this movie if you like books/movies  that deal with similar topics…but if that’s not your thing, you may or may not like this movie, so maybe read some reviews of the movie before making up your mind.

Now, onto the part where I spoil the movie- so if you don’t want movie spoilers, stop here! (Or skip down to where I talk about the soundtrack- there’s a note there saying that spoilers are done).

So, I liked If I Stay a lot!  It’s weird, because I thought it was a great adaptation, but as a movie…not so much.  I mean, I still liked it, but it’s one of those books that seems hard to translate to the big screen.  With all of the flashbacks, and the amount of time you spend in Mia’s head…I wasn’t sure how well it would work in a movie, which is so very visual.

There was a lot of voice-over narration by Mia, which wasn’t annoying.  At least to me, but other people may be annoyed with it. And, as you’d expect, there are changes made to the movie.  Like, the name of Adam’s band is Willamette Stone, and not Shooting Star, like it is in the book.  And the distraction used to get Adam into the ICU is different- those are the only two major changes, but there are a few minor ones throughout the movie.  And of course, not all of Mia’s flashbacks made it into the movie.  Which I didn’t mind, because that would be a lot of flashbacks.  And I get why quite a few of them are so focused on Adam and her relationship with them, but I do wish that some of the flashbacks were more focused on her family.

Still, I get the idea of focusing on why she should stay, even when she has so many reasons to go.  And the flashbacks really stood out, because you really do see how much her life is going to change if she stays, and what she’s no longer going to have if she stays.

And the music!  The music was awesome, and I loved that we got to see Willamette Stone play!  And I loved that we saw Mia play the cello- which actually makes me curious those scenes.  Like, did they get shots of Chloe Grace Moretz holding the cello, and then have someone actually play the cello, and then do whatever it is they needed to do to make it look like Moretz was playing the cello?  Because I kind of feel like that’s what was done…although, if she really could play the cello like that, I’d be really impressed (but I also think we would have heard about that).  Still, whoever is playing the cello did a great job.

Overall, I felt like the movie stayed pretty true to the heart of the book, and one thing that really surprised me was the ending of the movie.  So, the movie ends with Mia waking up, and choosing to stay- just like it happened in the book.  I really was expecting there to be another scene after that, but I was also glad that the movie ended the way it did in the book, because anything else would have felt so inauthentic.

I will say that lead to one of my favorite moments, because the screen goes white as she’s deciding, and everyone was waiting to see what would happen, and then she woke up, and then the screen went to black, and everyone was just kind of sitting there…and when the credits started rolling, you could hear someone say “No!”  And then we all laughed…and the mood definitely shifted after that, because you could hear all kinds of sniffling going on in the movie, so it was good to have that moment.  Which isn’t all the surprising, really.  Oh! There were quite a few funny moments throughout the movie, which was actually really nice, because it balanced the overall seriousness really well.

Now that I’m done talking about the movie…I thought I’d talk about the soundtrack to the movie, because with a movie-centric movie, I can’t leave it out!

The soundtrack is great, I wholeheartedly recommend the soundtrack.  Movie soundtracks aren’t something I’m typically drawn to, but I knew I had to check out this soundtrack in particular, because I knew the songs would be awesome, and I’m glad I wasn’t wrong.  You can’t go wrong with any of them, and the ones by Willamette Stone (Adam’s band) are particularly great. But I thought I’d share a few of the songs that really stood out to me as great choices.

1- Promises by Ben Howard.  This song gets me so emotional every time I listen to it, and it’s such a good choice for the soundtrack.

2- Halo by Ane Brun and Linnea Olsson.  It’s a great cover of Halo- and at first, I didn’t even realize that it was Halo, but I couldn’t figure out why it seemed so familiar.  I also love that it’s accoustic, because it fits Mia and her cello so well.

3- Heal by Tom Odell.  It’s such a beautiful song, and it’s perfect for both book and movie.

Hope everyone has a happy week!

And that means it’s time for another round of what I’ve been up to and my favorite stuff from the month of March.

Like all the nail polish I got.  I’m such a fan of the Maven box, and it’s fun to get a box of things I know I’ll like.  To be honest, I wasn’t completely sure about the colors for March, since they scream spring, but I still liked them enough to get the box, plus two add-ons from a couple of the other boxes.  I also got a couple more bottles of green, and one of gold, which- very sadly- didn’t come in time for St. Patrick’s Day.  Thankfully, I have other shades of green, but the new greens are much more St. Patrick’s day than the one I wore. Which, by the way, is the shade of green from the March Maven box.

My normal Maven box is It Girl, which has 3 full-sized bottles of nail polish, and included Princess Grace, Margaret and Lizanne, and I decided I liked Lilou and Harriet enough to add them in.  Plus Leah, Peyton and Zelda, which are two shades of green (Leah and Peyton) and gold (which is Zelda). 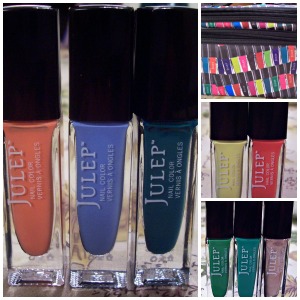 I’m also obsessed with all the good t.v. right now!  So many things, and it’s seems like I’m always watching something or catching up something.  Because, for some insane reason, stuff has to be on at the same time.  Like, Cosmos, Believe and Resurrection…how can I possibly pick between 3 great shows?  I’m really glad I have Hulu, because it’s the only way to keep up with everything!

I finally starting crocheting a blanket!  It’ll take a while, and hopefully it will be done by the time winter rolls around.  I’ve been working on it randomly, and I’m really getting into ripple blankets!  I definitely want to make another blanket, but I’m thinking shades of green for the next one.

The ripple isn’t showing up too well in the picture, but I think part of it is that it’s a small, gentle kind of ripple.  Well, it’s really more of a wave, but I still like it!

As for music…I haven’t been listening to much, but I will say that I’ve been listening to the Divergent soundtrack on repeat for the last couple of weeks.  It’s sooooo good and it fits the movie perfectly! Speaking of the movie, I thought Divergent was fantastic!  Four…I loved Four in the series but the movie made me love him even more.  I wasn’t sure about Kate Winslet as Jeanine, but I was pleasantly surprised with how good a fit she was.  And it was the same thing with Shailene Woodley!  She really is a good choice for Tris.

Back to the soundtrack!  I’m really into it, and I can’t listen to anything else right now.  So many great songs, but here are a few of my favorites.

2- Fight For You by Pia Mia- it somehow manages to make me feel better every single time I listen to it!

3-  Hanging On (The I See Monstas Remix) by Ellie Goulding- I love the song, and the remix is even more amazing.

4- Lost And Found (The Odesza Remix) by Pretty Lights- One of my new favorites, and I can’t wait to check out Pretty Lights other stuff.

5- Dead In The Water by Ellie Goulding- She’s featured pretty heavily on the soundtrack, which is okay with me because I love Ellie Goulding so much!

That’s it for the goings on from March!  I hope everyone has a lovely day!