Top Ten Tuesday is hosted by the lovely folks over at The Broke And The Bookish.  Every week, bloggers share their own bookish top ten lists based on the topic of the week.  You can check out Ten Tuesdays here.

I can’t remember the last time I did a Top Ten Tuesday, but this topic seems like a good one to do!  I could go on forever about the books I want to read and never get around to actually reading, but these are the series I want to read but never do. 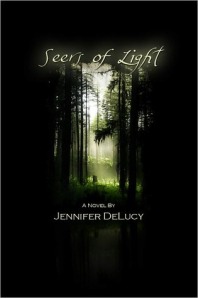 Where I Got It: the nook store

You can find Seers Of Light on goodreads, and you can find Jennifer DeLucy on Twitter, Facebook and her blog

Goodreads Summary: Lillian Hunt has never truly lived. Always sensing more to the world than is easily perceived, she fears that her instincts are stubborn flights of fancy, or worse, mental instability. But some things—disappearing strangers, tangible dreams, and visits from malevolent creatures—cannot be ignored. Before it’s too late, Lillian is ripped from the only existence she’s ever known and thrust into a reality that she always suspected, but could scarcely believe. She must learn the truth about who she is, the powerful beings that wish to destroy her, and the two men who would die to protect her.

Jennifer DeLucy has created a unique, enchanting tale of destiny and the ageless power of love in her debut novel, Seers of Light. DeLucy’s novel charms readers with quirky characters, while sketching a haunting portrait of one woman’s journey on the path of the supernaturally gifted. But be prepared. Once you’ve entered the world of Seers, you will never be the same.

Seers Of Light is a book I have mixed feelings about.  I mean, I liked it and there is something really interesting about it, but there’s also something about it that made it a little hard to get into.

I liked Lily and how sarcastic she is.  She’s certainly a character, as are the rest of the characters we meet in Seers Of Light.  Lily’s age…I have thoughts that are all over the place.  Lily is 27 or 28, as mentioned pretty early in the book…but there’s something abou this book that makes me feel like that’s too old for her to be!  Part of me feels like Lily should be younger, and there is a certain feel to the book that makes me feel like 27/28 is slightly too old for her to be age-wise.

But as interesting and slightly quirky as they are. there’s just something about them that I didn’t find engaging or memorable.  Because I honestly couldn’t tell you anything other than the basics for the characters.

I did like the premise of the book, with Sentients fighting vampires.  DeLucy created this really interesting world, and there’s a really interesting structure for the supernaturally gifted.  I wish we saw more of that, because that felt pretty minimal.  You just get the basics of this world.  I get that Lily is very new to this world, and that the book is more about her journey, but still…you’d think she’d do more than get some basic training on how to use her gift.

As for the romance…I wasn’t surprised she ended up with William, but their romance also didn’t do anything for me.  I honestly don’t their attraction to each other…

Actually, the story is a pretty simple one, and I like that it’s so simple.  There are no crazy plot twists, and the story is just fine in its simplicity.  At the same time, though, I wish there was something a little more complex.  There were times when the book leaned towards being philosophical, which was an unexpected surprise that I’m still not sure about.  I suppose it was interesting, but…I’m not quite sure what to think about it.

There are things I like about Seers Of Light, like the world that Lily lived in, and how simple the story is. But I also felt like I didn’t really get a chance to know this world very well.  Ultimately, I have mixed feelings, and I’m not sure if I want to continue the series. Seers of Light gets 3 stars. 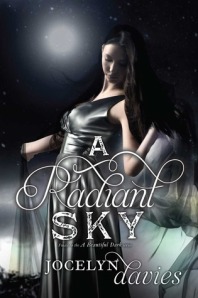 Where I Got It: Nook Store

Goodreads Summary: Since the night of her seventeenth birthday, Skye has been torn between two opposites: Light and Dark, the Order and the Rebellion, Devin and Asher.

But her decision shocked both sides—because she chose neither.

With the help of her friends, Skye forges her own path, setting out to gather an uprising of Rogues. The treacherous and elusive half-angels may be the key to maintaining the balance of fate and free will. But completing the mission her parents left unfinished is more difficult—and dangerous—than she could have imagined. And doing so comes at a cost: Her greatest love may now be a lethal enemy. Because it’s not just the Order that sees her as a threat who must be eliminated. The Rebellion does, too.

And both sides will do whatever it takes to win.

Dark days lie ahead, and if Skye is to survive, she’ll need to rely on her extraordinary powers and the strength of her will. Because she has a future—and a love—that’s worth fighting for.

The sweeping, darkly romantic story that began with A Beautiful Dark and gathered intensity in A Fractured Light comes to a thrilling conclusion in A Radiant Sky.

I finally finished A Radiant Sky, and I really liked it!  It’s a really good conclusion to the series.  I started out thinking the series was okay, but it got better and better over the course of the series.

There are definitely lines that are drawn, and while there’s the Order and the Rebellion, you have a new group in town: the Uprising, who want to keep the Order and the Rebellion in check.  I really liked the idea of the Uprising, because they are the ones who feel like they don’t belong to either group.  So who better than to make sure that things are balanced?  And I really liked the idea of a new council, and the people that comprise that new council.  Because it was slightly unexpected, but still really interesting.

I love that this series focuses on shades of grey, and that sometimes, the middle road is the best one to take.  And that keeping two very different sides in check and in balance is important.  At least in this series.

I was wondering where things were headed, and I got the answers I was looking for.  I loved that Skye had her friends and family to help her through this, and that they worked together, instead of Sky always running off to take care of everything herself.  Her friends and family and love really did make a difference in things, and that was a really cool aspect of the book.

I really liked A Radiant Sky, and I thought it was fitting end to the series.  Things did seem pretty easy for Sky, and things were wrapped up a little too nicely, but other than that, things were resolved pretty well.  A Radiant Sky gets 4 stars.