I recently mentioned I had a trip to Disneyland planned, and it is time to take about my trip!  It’s been quite a while since I’ve taken a vacation (or any significant period of time off), and it’s been really fun so far.  I did a bit of parkhopping- between Disney, California Adventure and Universal Studios, I’m pretty theme-parked out.

Let’s start off with Disney!

I spent quite a bit of time at Disneyland, which is always fun.  It’s so pretty this time of year, because everything is decorated for Christmas.  Christmas decorations are everywhere, from It’s A Small World, to a gigantic Christmas tree to poinsettias planted everywhere…this is a great time of year to go, especially if you’ve never been to Disneyland before.

I think we set some sort of ride record, because my family and I were at the park around 8, and did Indiana Jones, Pirates, Haunted Mansion, Splash Mountain, Thunder Mountain and the Mattherhorn in about 2.5-ish hours.  We pretty much walked on to Indiana Jones, Pirates, Haunted Mansion and Splash Mountain, which I’ve never done before, and I’ve been to Disneyland a few times over the years. 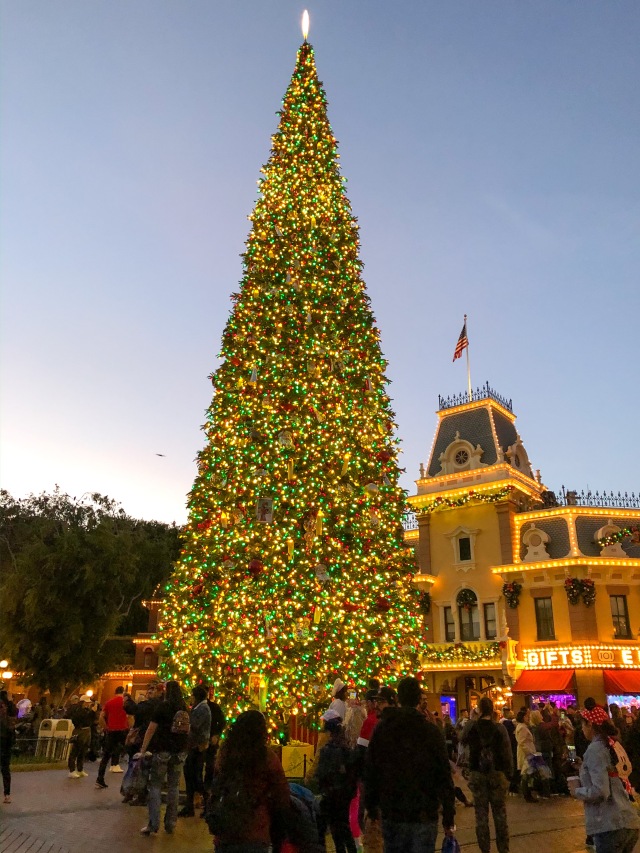 The Haunted Mansion and Pirates are easily my favorite rides, and The Haunted Mansion is cool this time of year because The Nightmare Before Christmas is incorporated into the ride.  It’s one of my favorite Christmas movies, and it was fun to see Jack and Sally on the ride.  Even cooler was the fragrance you got in the ballroom.  It was unexpected but also really cool and a nice touch.  I got to do all of the rides I wanted, and the lines weren’t too bad- the Matterhorn and the Millennium Falcon were the longest lines I had to wait in.

Star Wars Land was pretty cool!  There’s a lot to look at, and the Millennium Falcon ride was really fun.  Standing in line wasn’t horrible at all, and it didn’t feel like I was in line for just under an hour because there was a lot to look at.  Even if virtual reality rides aren’t your thing, standing in line is cool enough to just stand in line.  I can’t believe I said that, but it’s true!  It’s pretty much just the one ride, at least for now, but there’s still a lot to look at, and they did pretty well with making you feel like you’re in Star Wars.

It was my first time at California Adventure, but we didn’t spend a lot of time there.  The roller coaster was really fun, and so was the Guardians Of The Galaxy ride.  All of the rides I went on were fun but I don’t know that I would go back.  Don’t get me wrong, I liked walking around and seeing everything- there is a lot to look at, and I had fun, but if I had to choose Disney or California Adventure, my choice is Disney all the way.  California Adventure is new-ish, especially when compared to Disneyland, and I just don’t have the same level of attachment to California Adventure.  I grew up going to Disneyland, and that is where my heart lies.  Still, I think it’s a cool park to check out at least once, even if it isn’t the park for me.

And my final theme park adventure was Universal Studios!

I’m not going to lie, I went solely for the Wizarding World Of Harry Potter.  It might be fun to go back and see everything else, but at that point, I hit my limit with theme park adventuring.  I was fine with doing some shopping, heading into Ollivander’s and going on a couple of rides.

No trip to Hogsmeade is complete without butterbeer.  It was actually delicious, and if I were actually hungry, I would have stopped at the Three Broomsticks for some food and warm butterbeer.  It’s decked out for Christmas, which wasn’t a surprise, considering the time of year.  A lot of the shops were connected, so I ended up making my way through all of them.  It was cool, because each section had its own entrance/storefront, but wandering around led you to each store. 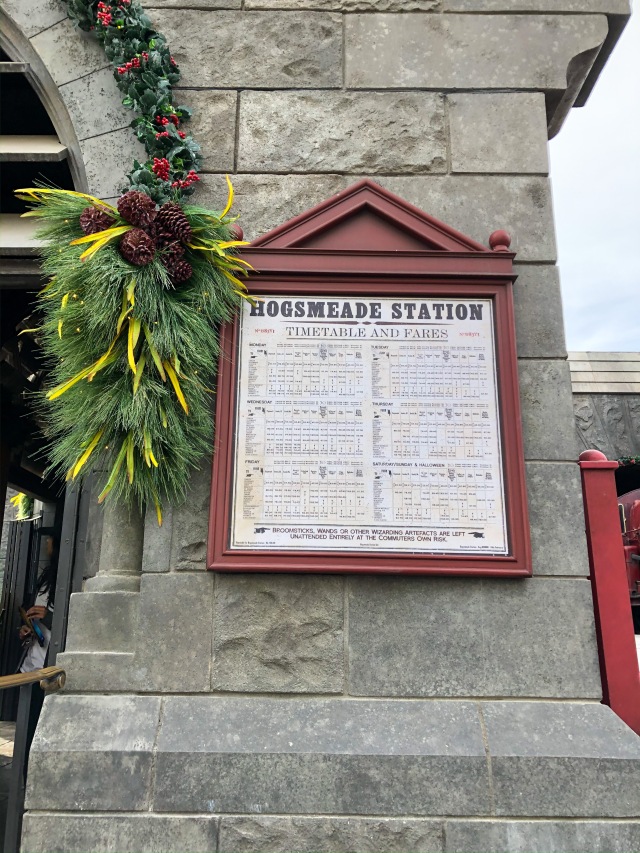 Since it’s Universal Studios, I knew this would be the perfect opportunity to grab some Hufflepuff merch, because Hufflepuff is pretty underrepresented as far as house merch goes.  I was bummed they didn’t have any Hufflpueff Christmas stockings, but I was fine with a Ravenclaw one since I’m pretty sure I’d be a Ravenclaw if I weren’t such a Hufflepuff.

Right now, I feel like I’m setting a record for how many times I can say Hufflepuff in one paragraph, but it was nice to actually feel like I had a lot of options for what I wanted to get.  I wanted all the Hufflepuff things, of course, but there was no way that was going to happen, so I settled for a few things. 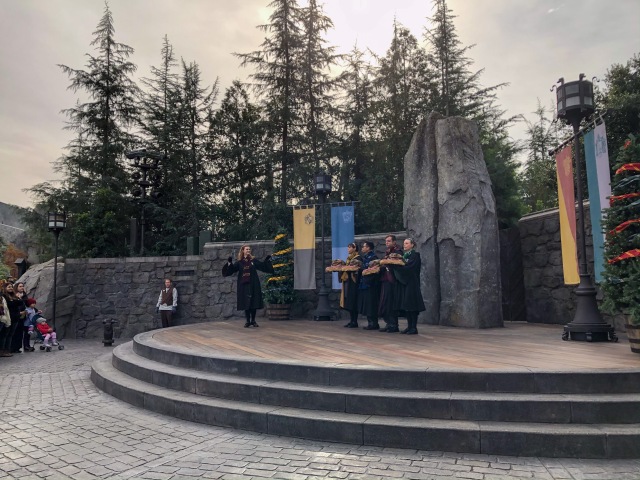 It wasn’t a big section of the park, but I loved wandering around Hogsmeade for a couple of hours, just taking everything in.  Honestly, a lot of the fun was just walking around and looking at everything.  I was a happy camper but after I was done walking around, I was ready to hit the road and go home.

I had a lot of fun, and I’m looking forward to just hanging out for a few days.  Have a great day!

One thought on “Adventures In Park Hopping: The Theme Park Recap”