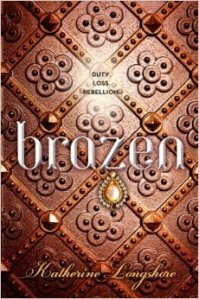 Mary Howard has always lived in the shadow of her powerful family. But when she’s married off to Henry Fitzroy, King Henry VIII’s illegitimate son, she rockets into the Tudor court’s inner circle. Mary and “Fitz” join a tight clique of rebels who test the boundaries of court’s strict rules with their games, dares, and flirtations. The more Mary gets to know Fitz, the harder she falls for him, but is forbidden from seeing him alone. The rules of court were made to be pushed…but pushing them too far means certain death. Is true love worth dying for?

I liked this one!  I read a few of her books a few years ago, and I was in the mood for historical fiction, and this one seemed like a good choice.

It did take me some time to get into it, and for some reason, I was confusing Mary Howard with Anne Boleyn’s sister for a lot of the book.  It didn’t help that a lot of the characters (people during that time period) had the same name. I did like that it was mentioned in the book during a conversation Mary has with a couple of other people at court.

I did want more of Henry Fitzroy, though.  I really did.  I know he’s Henry VIII’s illegitimate son and all, and I know just enough about Tudor England that I have a vague idea who he is.  He doesn’t pop up a lot in anything that I’ve read, so I was excited about this book because I thought he’d be a main character.  Please don’t expect that, because he was more of a side character.  Or maybe I just went in thinking he’d be more important to the story than he actually was.

Basically, Brazen wasn’t what I thought it would be, but it was still enjoyable and still fun to read.  I did feel bad for Mary, because Mary, and a lot of the women in her world, were just pawns and bargaining chips and a way for their fathers to get ahead.  At least, that usually how these sorts of stories go, and we see Mary struggling with what she should do.  There was something hopeful about the story (and Mary), which was nice to see.

It did start off slow, but it does start to pick up a little bit.  I think it does start off slow because we’re getting introduced to the world and what was going on, but I liked the time period and author enough to stick with it.  There is a hint of romance, and I do think any fans of historical fiction with a bit of romance will like it.

3 stars.  I liked it and it was an enjoyable read, but I didn’t love it.  It’s a case of expecting a different story than what I actually read.