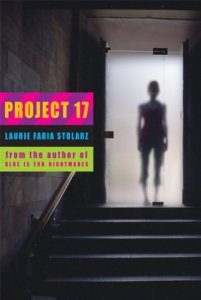 High atop Hathorne Hill, near Boston, sits Danvers State Hospital. Built in 1878 and closed in 1992, this abandoned mental institution is rumored to be the birthplace of the lobotomy. Locals have long believed the place to be haunted. They tell stories about the unmarked graves in the back, of the cold spots felt throughout the underground tunnels, and of the treasures found inside: patients’ personal items like journals, hair combs, and bars of soap, or even their old medical records, left behind by the state for trespassers to view.

On the eve of the hospital’s demolition, six teens break in to spend the night and film a movie about their adventures. For Derik, it’s an opportunity to win a filmmaking contest and save himself from a future of flipping burgers at his parents’ diner. For the others, it’s a chance to be on TV, or a night with no parents. But what starts as a playful dare quickly escalates into a frenzy of nightmarish action. Behind the crumbling walls, down every dark passageway, and in each deserted room, they will unravel the mysteries of those who once lived there and the spirits who still might.

I thought Project 17 was okay.  I was expecting something a lot more creepy, with interesting characters, but overall, it was a different book than I was expecting.

So, I thought the characters were pretty shallow and cliche.  Which isn’t necessarily a problem, and sometimes I don’t mind it, but in this case, everything was so predictable and not-creepy that I couldn’t care about any of them.  I did like the idea of visiting this creepy asylum before it’s torn down, and one of the ghosts who haunt Danvers had an interesting story.  But it wasn’t enough to make me fall in love with the story.

Not only that, but this book is narrated by several of the kids visiting Danvers and it did not work in this case. There are a few reasons why:

I was expecting something a lot creepier and scarier, and I don’t know if I wasn’t creeped out because of the predictability of the book, or if maybe, in this case, I’m too old for it, or if it really tried to be creepy but failed. It was also short, so it felt a little rushed at times, and you didn’t really get too much of the history of Danvers, or a lot of character development.  Really, it shouldn’t have come as a big surprise, and I really wanted more.

2 stars.  It’s okay, and predictable, and not as creepy as I thought it would be.