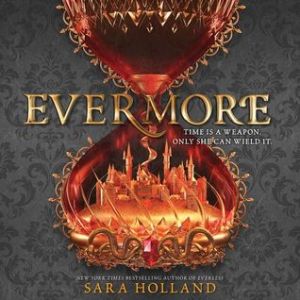 Jules Ember was raised hearing legends of the ancient magic of the wicked Alchemist and the good Sorceress. But she has just learned the truth: not only are the stories true, but she herself is the Alchemist, and Caro—a woman who single-handedly murdered the Queen and Jules’s first love, Roan, in cold blood—is the Sorceress.

The whole kingdom believes that Jules is responsible for the murders, and a hefty bounty has been placed on her head. And Caro is intent on destroying Jules, who stole her heart twelve lifetimes ago. Jules must delve into the stories that she now recognizes are accounts of her own past. For it is only by piecing together the mysteries of her lives that Jules will be able to save the person who has captured her own heart in this one.

We learned a lot more about the world, and how the Alchemist and Sorceress came to be.  I’m glad we got some answers, and that back-story was pretty interesting.  Getting that world-building made sense in this book, and it definitely would have been out of place in the first book.

Like the first book, we learn things as Jules learns them, and I’m glad it didn’t seem as muddled as the first book.  Maybe I’m more used to her writing style, or it just made more sense in this book.  I’m not too sure but it was nice to learn more about what happened between Jules and Caro centuries earlier.  The person who would break Jules heart wasn’t who I was expecting at first, but with everything that Jules discovers, it makes sense.  I knew it would be someone unexpected, but I still didn’t see it coming.

Jules ends up on the run, because of what happened in the last book, and she goes to quite a few places to recover her memories.  I kind of like that she found herself back at Everless, and fought for herself so Caro wouldn’t take over.  I wasn’t sure if this book would be a duology or a trilogy, but things were wrapped up really well.  It felt like things were over when I finished the book, though I’m curious to see what happens to Sempera years later, and if time is still currency, or if that has faded away.

I also liked Eileen Stevens as the narrator.  She did a great job with the first book, so I knew she would do a great job with this one.  She really is good at bringing Jules to life, and there were a few points where I was right there with Jules as she was dealing with all kinds of stuff.

This is slightly random, but I would love to read a book of short stories about the Sorceress and the Alchemist.  These legends are pretty important to Semperans, and actually reading the legends would be pretty cool.

4 stars.  While I didn’t love Evermore, I still really liked the story and the world.