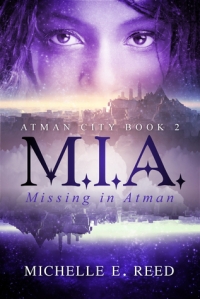 Expected Publication is December 16, 2014 by Month9Books|Expected Number Of Pages: 325

Where I Got It: I got a digital ARC directly from Month9, which hasn’t influenced my review in any way.  Promise!

Dez is finally hitting her afterlife stride. She hasn’t missed a meeting or session in forty-two days, and she’s put the adventures and danger of her first days at Atman behind her. Life after death is becoming tolerable, yet nothing is quite what she’d hoped. Confusion over her feelings for Charlie, residual resentment over losing Hannah, and a continuous stream of unwanted assignments leave Dez restless and argumentative.

In a missed encounter with Crosby, her prying gaze lands upon a single entry in the datebook on his unoccupied desk. These few, hastily scribbled words reveal an enormous secret he’s keeping from her. Possessed by a painful sense of betrayal, she once again sneaks off to Atman City, determined to find answers to an unresolved piece of her life.

It begins as all their adventures do, but as light falls into darkness, a stop in an unfamiliar neighborhood sets forth a chaotic series of events. Dez will have to fight for her very existence, and will face painful, irreparable loss in an afterlife teeming with demons wielding ancient powers.

In M.I.A.: Missing in Atman, the second book in the Atman City series, Michelle E. Reed continues the story of Dez Donnelly, pushing her to her limits and surprising readers at every twist and turn of the vast world that is Atman.

I liked M.I.A.!  Not as much as the first book in the series, but I still liked it!

In the first book, I really liked seeing Dez deal with what happened to her (but also starting to accept what happened), and I feel like that wasn’t there as much.  She does have new things to deal with, like seeing an entry in Crosby’s calendar, which then leads to all sorts of craziness that happens.

And with what happens at the end, I have no idea where things are headed, and how they’ll turn out.  They really could go in any direction, so I’m curious to see how everything comes together, and how it all will end.

I liked the story, even though how Dez dealt with one thing in particular didn’t make a lot of sense to me. Still, I liked seeing more of Atman itself and some of the people there, even if I didn’t like the story as much as the first book.  M.I.A.: Missing In Atman gets 3 stars.