Book Review Round-Up is an ocassional feature where I do short reviews of some of the books I’ve read recently.

Book #1: The Silkworm by Robert Gilbraith, narrated by Robert Glenister

Where I Got It: I checked out the audio book from the library

What It’s About: When novelist Owen Quine goes missing, his wife calls in private detective Cormoran Strike. At first, Mrs. Quine just thinks her husband has gone off by himself for a few days—as he has done before—and she wants Strike to find him and bring him home.

But as Strike investigates, it becomes clear that there is more to Quine’s disappearance than his wife realizes. The novelist has just completed a manuscript featuring poisonous pen-portraits of almost everyone he knows. If the novel were to be published, it would ruin lives—meaning that there are a lot of people who might want him silenced.

When Quine is found brutally murdered under bizarre circumstances, it becomes a race against time to understand the motivation of a ruthless killer, a killer unlike any Strike has encountered before…

What I Thought: I really liked it!  I mean, it is J.K. Rowling, and I’m not at all surprised that she writes mysteries so well.  I definitely wanted to spend more time in the car listening, because I couldn’t wait to see who was behind Quine’s disappearance and eventual death.  Thankfully, I was able to jump right in without having read The Cuckoo’s Calling, and I liked it enough that I’m definitely looking forward to reading the other books in the series.

I did like it as an audio book (except it was such a long audio book that I really needed a break from audio books), and while Glenister is a great voice for Strike, I don’t know that I’d seek him out as a narrator.  Still, if I started listening to a book he narrated, I’d still listen to the book.

My Rating: 4 stars.  I didn’t love it, but it’s a really good mystery! 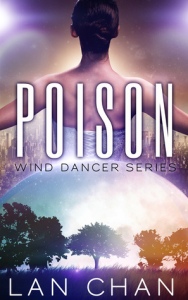 Where I Got It: I received Poison as a digital advanced copy from netgalley.com, which hasn’t influenced my review in any way.

What It’s About: Since the night her mother was murdered, sixteen-year-old Rory Gray has known one truth: There are no good Seeders.

In post-apocalyptic Australia, the scientists known as Seeders have built a Citadel surrounded by food-producing regions and populated with refugees from the wars and famine. To maintain their control, the Seeders poisoned the land and outlawed the saving of seeds.

It’s been six years since Rory graced the Seeders’ circus stage as the Wind Dancer and still the scars on her body haven’t healed. Even worse are the scars on her heart, left by a Seeder boy who promised to protect her.

Now the Seeders are withholding supplies from Rory’s region for perceived disobedience. Utilizing the Wanderer knowledge she received from her mother, Rory must journey to the Citadel through uninhabitable terrain to plead for mercy.

However, the Citadel isn’t as Rory remembered. The chief plant geneticist is dying and rumors fly that the store of viable seed is dwindling. The Seeders are desperate to find a seed bank they believe Rory can locate, and they will stop at nothing to get it.

To defy the Seeders means death. But Rory has been close to death before–this time she’s learned the value of poison.

What I Thought: Poison is really different than a lot of the post-apocalyptic books I’ve read.  I love the idea of a seed bank being controlled, and it’s a future that I (sadly) could see happening.  It’s a world so different than the one we know, and yet it’s one I can picture so clearly.  Post-apocalyptic Australia is also the perfect setting for this book, and I’m really looking forward to reading the next book to see what happens next.  It’s also refreshing to see a post-apocalyptic book set in a different country- I can see Australia being a popular choice, for some reason, but it works so well as a setting.  It’s definitely worth checking out, even if you’re a little tired of dystopic/post-apocalyptic books.

My Rating: 4 stars.  It’s different and refreshing than some of the other books in the genre, and worth checking out! 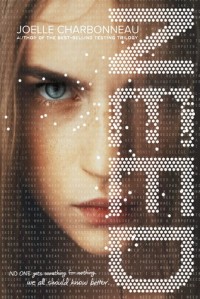 What It’s About: “No one gets something for nothing. We all should know better.”

Teenagers at Wisconsin’s Nottawa High School are drawn deeper into a social networking site that promises to grant their every need…regardless of the consequences. Soon the site turns sinister, with simple pranks escalating to malicious crimes. The body count rises. In this chilling YA thriller, the author of the best-selling Testing trilogy examines not only the dark side of social media, but the dark side of human nature.

What I Thought: Need definitely wasn’t the book I thought it would be.  It seemed like it would be a lot more sinister than it really was.  Part of the problem is that there are too many different perspectives, and they take away from the main person narrating.  Also: what simple pranks is the summary referring to?  I felt like it jumped over simple pranks, right towards malicious crimes.

A social network that will give students whatever they want…as long as they do what Need tells them to do…it has the potential to be a lot more creepy and dark than what we saw in the book.  Clearly, the students didn’t care what they had to do in order to get what they want.  You’d hope that at least some of them would be smarter than to trust Need, but all of the characters were so shallow and flat that people died and I didn’t care. There were enough characters that I couldn’t tell them apart, and even though there’s a reason for a few different narrators, it also means it was harder to care about what actually happened to any of them.

The idea behind Need was interesting but again, I didn’t care when it was actually revealed.  It’s over-the-top and not in a good way.  It read more like cheesy thriller than chilling.

My Rating: 2 stars.  Interesting premise,  but it was a little over-the-top.

2 thoughts on “Book Review Round-Up: The Silkworm, Poison And Need”